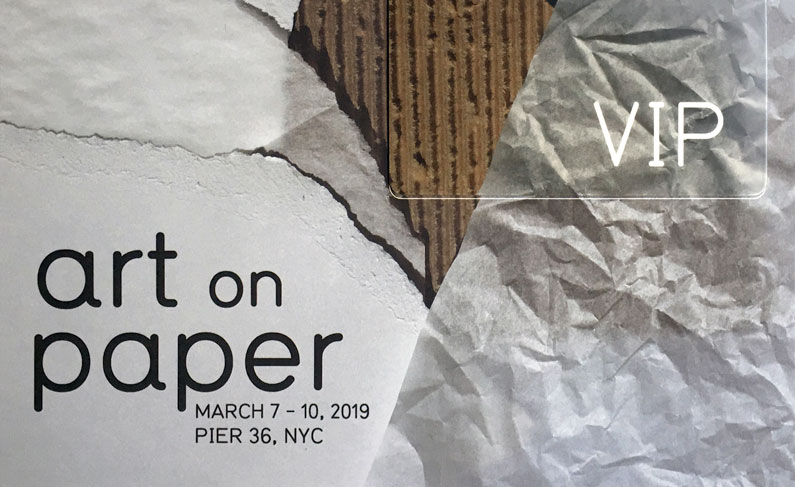 In anticipation of Art on Paper in NYC this year, Gilah was invited by Master Printer Judith Solodkin of Solo Impression, Inc. to conceive experimental art which would engage Judith’s innovative digital sewing machine. As Gilah has been painting on papyrus since 2014 in addition to working on canvas, they determined that she would bring papyri and other materials to work with in her shop in Riverdale, NY. As sewing was to be an additional medium she also brought distressed antique Tibetan jacquards. By using a combination of different media, her work opened into unexpected and new avenues.