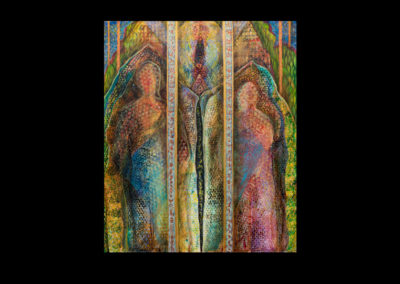 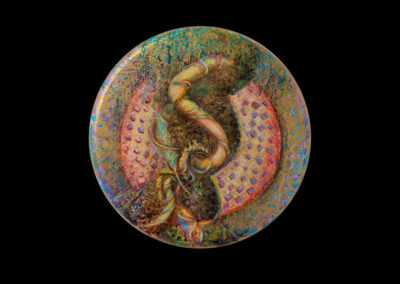 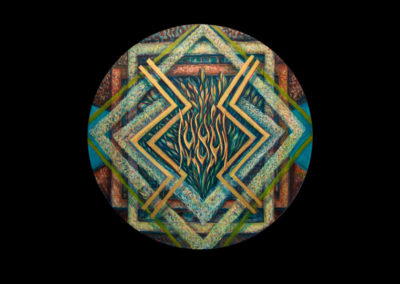 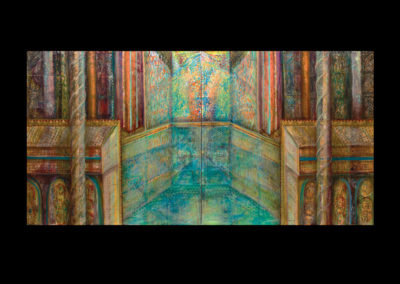 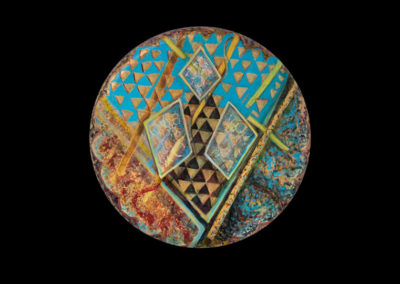 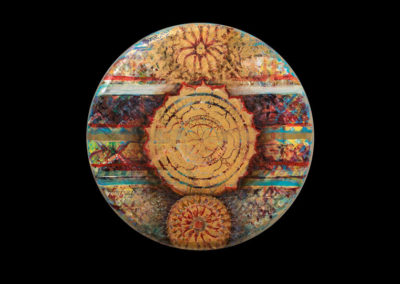 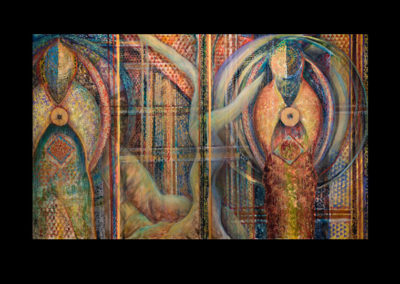 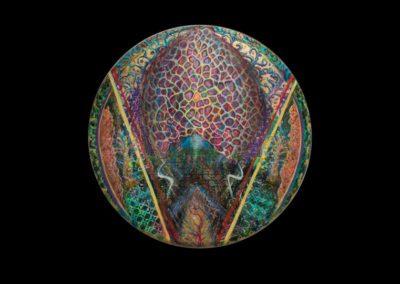 My paintings begin with an idea, word, association, dream, memory or image. My process is one of call and response between my inner and outer worlds, a dynamic dialogue between the emerging image and myself. The process is one of discovery, relying on a firm belief that a new image will be revealed. For lack of a better appellation, I call this metaphysical surrealism.

I respond to the new image as it is formed, stroke by stroke, wash by wash, and I arrive at newly discovered realms. As the continuously evolving image assumes form and dimension, I continue to coax it with greater light, shadow, and texture. I add new associations, words, experiences throughout the gestation of the painting, encrypting a visual diary of my life. At some points I drop a wash, (a veil of transparent paint), over the entire painting. When that dries, certain aspects of the image have been concealed and certain others revealed. Layer by layer I continue to illuminate and obscure form until finally a thoroughly new image emerges, and seems to breathe. My task then is to help it grow into itself by tweaking the reflection and refraction of light/color/shadow to accentuate dimensionality of the new form. In the last of the many months each work requires, (sometimes as much as a year), I sit with it, waiting for it to ask for additional light, shadow or texture, or to increase or mitigate text. Sometimes the corner of my eye catches these subtle requests, as I look away and then back again. Each painting is a world of its own, with its own rationality, its own sense of space, architecture, flora and sometimes fauna.

Rather than making a painting about something familiar, the creative process entices me to follow mysterious visual clues to make the unknown known. In this way my world is both deepened and enlarged. 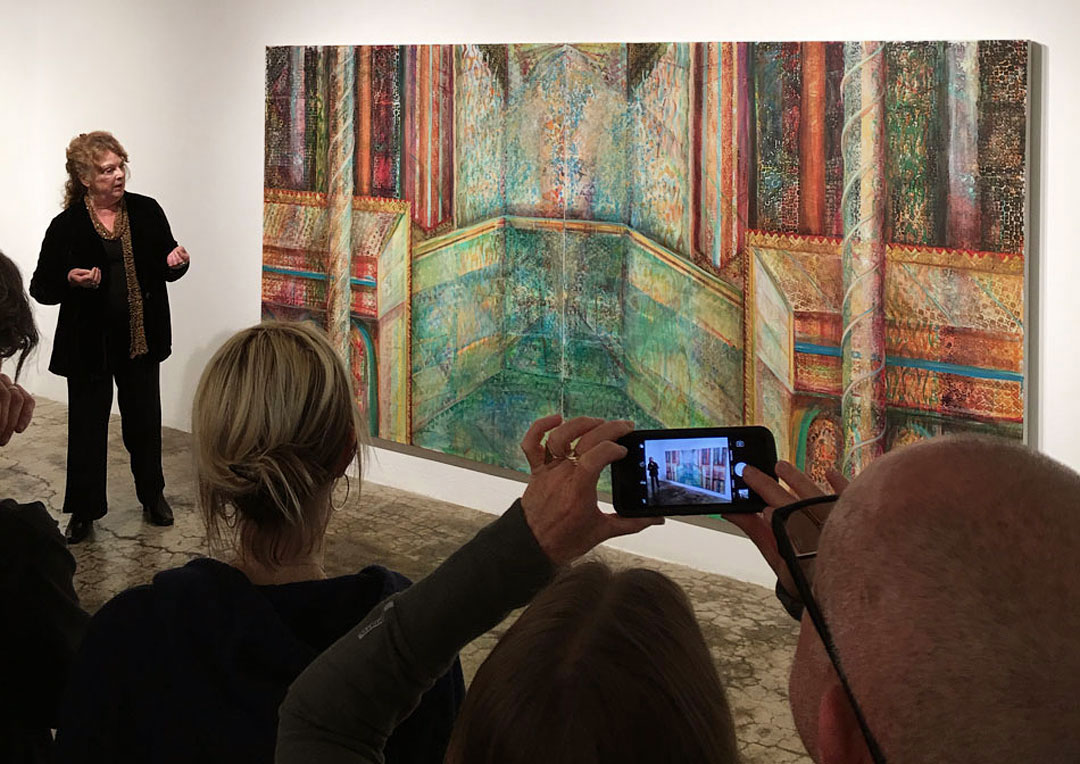