Thank you for viewing this wonderful Reading the Landscape movie trailer.

Click the blue buttons at the end of the trailer to rent or download. Purchase the DVD on Amazon. 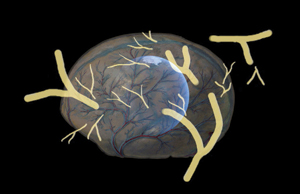 Combining science and art, Reading the Landscape is a magical voyage around the world following the migratory patterns of humankind. We follow five forms identified in nature that are present in alphabets universally, ancient to modern, and show that these forms were chosen ubiquitously as they mirror neurons and neural processes of perception and cognition.

Reading the Landscape was first shown in transdisciplinary conferences in Europe and the US in 2018-19. This first public screening celebrated over a hundred adults and children from twenty-eight countries who participated in the film, as well as the numerous individuals, foundations and cultural agencies whose generosity made this film possible.

A few of the many good words about Reading the Landscape:

“Beyond honored to receive this world-unifying lifetime achievement… Thanks for your dedication, perseverance and being true to your heart-wise insights. As I continue to marvel at our species design for and need to play, your contributions through this elegantly produced transformational film will take us a step farther into the evolution of wisdom, language and more. The biblical tower of Babel no longer needs to hold our mythic belief systems about language differences….”

– Stuart Brown MD, Founder of the National Institute for Play

“A terrific, intelligent and fun movie that will appeal to everyone, in every country, culture, background…important, fascinating showing how all humans are fundamentally the same – same brain, same alphabetic forms used universally as neurons reflect shapes appearing in nature…a step toward peace as it can unify friends and foes… should be shown ubiquitously – festivals, TV… great for adults as well as children… special showings in schools, kindergartens should be arranged. Lovely, magical, educational, passionate movie. Truly a tour de force!”

“She’s discovered a back road into the imagination that, unless you have a guide, you ain’t never gonna find this trail…We must constantly look at life in a different way – Gilah’s new film will most certainly empower young people to look at our wondrous world in different, highly creative, new ways.”

“WOW! Utterly compelling film.
In addition to the idea, the premise, the visuals, the graphics, I fell totally in love with the soundtrack. It is superb. In addition to stimulating my neurons by watching your amazing movie I’d be happy to just LISTEN to it over and over and over again.
Phew!
I’m breathless.”

“Gilah, Ellen and I have just watched your amazing film, which played without a hitch on her desktop computer. My apologies for not following through sooner in setting up this doubly enjoyable movie date. We both took it in with ohhs and ahhhs as your visual landscapes conjoined with the signature lines, arcs, x’s, circles referencing the alphabet hills, forests, palaces, houses, trails, ponds, rivers, the oceanic sphere turning and tuning it all together with movement and music, not to mention the beautiful faces of adults and children so quiet in speaking their primal words – Mama, Papa, Brother, Sister, Grandma, etc. And, of course, the animals…**

Together with your singularly conscious visuals, you suggest so much unconscious resonance regarding who we are, where we come from and what we imagine we see.

Ellen and I are in awe of the insight and patience with which you made it all happen. Though in a local sense I was probably “the last” of those you initially sent the film to see it, I hope to be numbered among the many to come who will see and experience its wonders.

Thank you for making this beautiful film.” 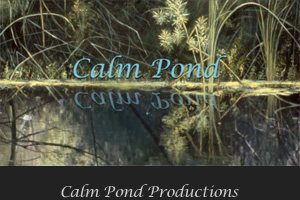