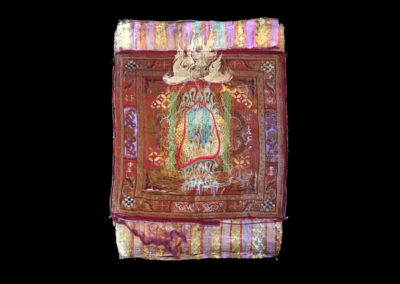 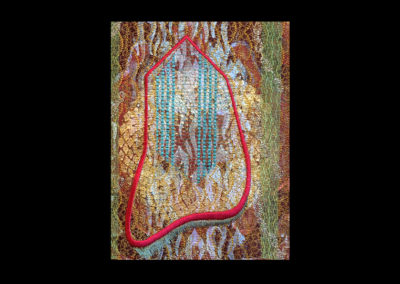 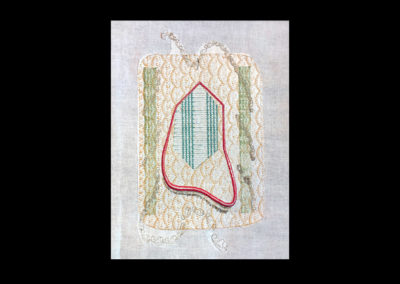 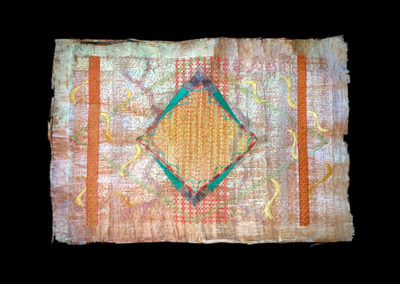 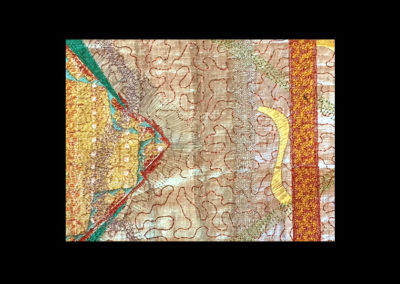 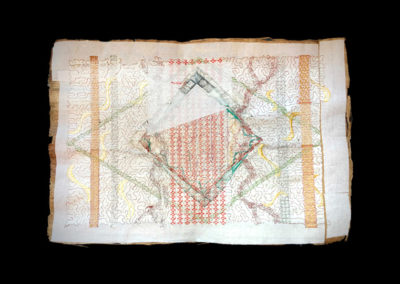 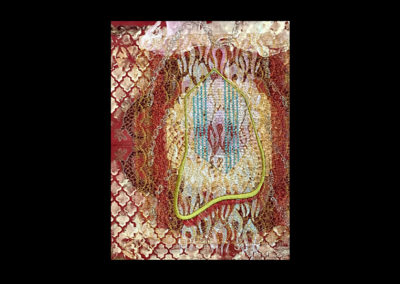 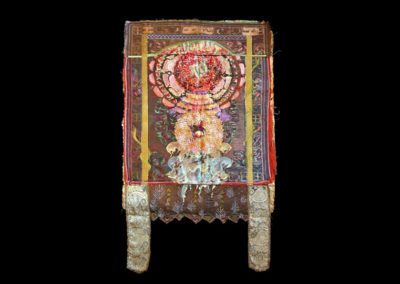 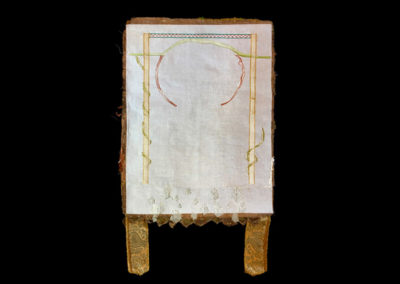 I was invited by Judith Solodkin, Solo Impression, to come to New York in Dec. 2018 and work with her in her shop to produce experimental prints using her new technique of digital sewing. Judith had already worked with Louise Bourgeois and other artists who had in some way incorporated digital sewing in their work.

Since I had been painting on papyrus since 2014 (along with canvas and other surfaces), I brought pieces of papyrus, as well as interference and iridescent paint, remnants of distressed antique Tibetan sacred fabrics, and other materials that I might use. As usual I had no idea what I would start with or where it would go.

The process was as follows:

I began by painting on the papyrus. I then adhered pieces of Tibetan woven fabric on which I painted as well. I backed the papyrus with white cotton fabric to insure the hoped for resilience during the upcoming multiple runs through the sewing machine. Then I designed layers of sewing patterns in different thread colors and textures to be applied by Judith with her digital sewing machines, stitch by stitch. Judith created digital programs for each of the layers along with registration on the readied papyrus/fabric and paint. I was able to change the patterns and colors of threads for each layer thus building up a lavish textural surface and radiating color through the various threads. The experimentation continued by creating one print image of only layers of digital sewing machine printing (Dorado) on painted papyrus. The backs of all the prints reveal the layers of digital sewing which have created original art of their own on the reverse.

Although materials diverted entirely, the process of my Himalayan Flight Series emulated the traditional process of printmaking such as lithography, by working in layers, registering the primary surface for each subsequent layer, using different colors and patterns for each layer and creating unique pieces of art.

This series was first shown in New York at the Art on Paper Fair in March 2019.